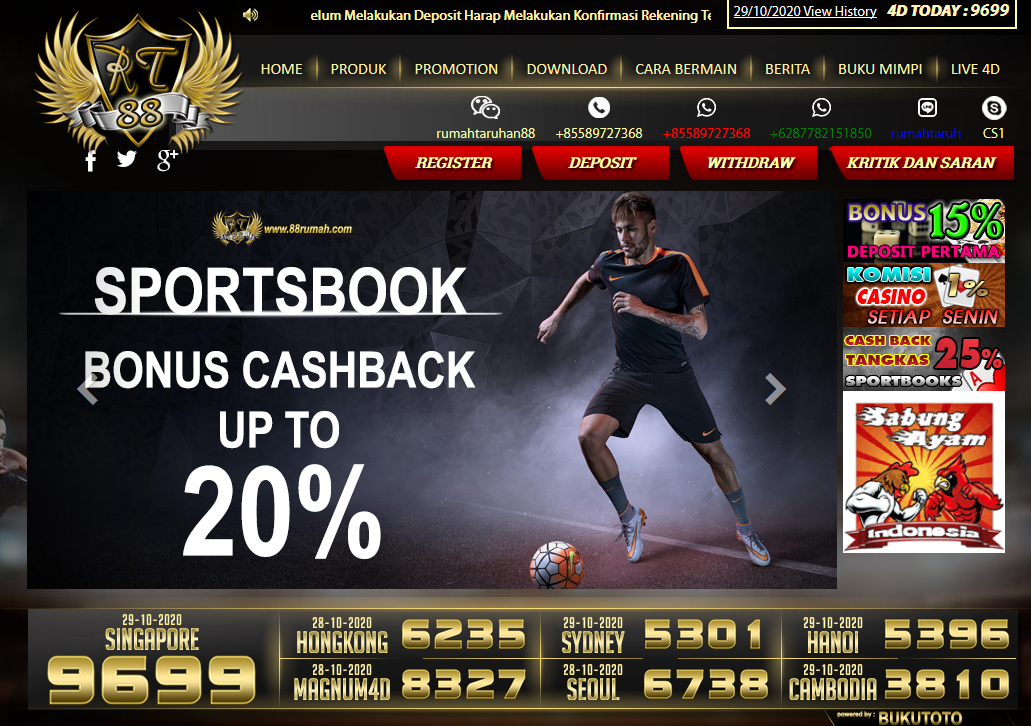 Who needs a standalone MP3 player in 2021? In my opinion, the answer is “almost no one.” Any iPhone or Android phone is an audio player that works with subscription music apps like Spotify, Apple Music, Tidal, Amazon Music or YouTube Music. You pay your $5 to $10 a month, and you get access to nearly every popular song ever recorded. And the tracks are downloadable, too, so you can listen to your music even when you leave a Wi-Fi or cellular coverage area. It’s quick, easy and convenient. What’s not to like?

“A lot,” I can hear some of you saying. Maybe you’ve got one too many subscriptions already, so why pay for one more when you already have a music library of  thousands of MP3 files sitting on your hard drive? Some of you, meanwhile, have meticulously crafted iTunes playlists, like mix tapes of old, that you don’t want to recreate or transfer to another service, or rare, one-off live tracks that don’t exist on mainstream services. (Phish fans, I’m looking at you.)

Now, truth be told, if any of that applies to you, you still don’t need an MP3 player — your iPhone can still sync music files from iTunes (on Windows) or the Apple Music app (on Mac), and it probably has more storage space than your old iPod ever did. Android phones, too, can play whatever music files you can load them up with. But if you really want a dedicated device for your music — or, maybe, a parentally curated set of songs to give to a kid who’s not ready for a phone — there are still MP3 device options out there. They’re not all great, and they generally come with some caveats. But if you’ve gotten this far, here’s what I can recommend, almost two decades after the iPod was first released.

There’s only one iPod MP3 player left in Apple’s lineup, and, sadly, it doesn’t have a scroll wheel. The iPod Touch is basically an iPhone without the phone, with a 4-inch touchscreen and a camera borrowed from the iPhone 6 era. But that’s exactly the point: This 2019 refresh can run iOS 13 and 14, and it can pull music from iTunes (on Windows) or Apple Music (on the Mac). It works seamlessly with Bluetooth headphones and speakers, but unlike modern iPhones, it mercifully includes an old-school headphone jack, too. And, because it’s got the App Store, you can also opt for alternate services like Spotify, Amazon Music, YouTube and the like (so long as you can access a Wi-Fi hotspot), in addition to or instead of the Apple Music app.

At around $180 for 32GB (add about $100 for 128GB, or $200 for 256GB), an iPod Touch isn’t cheap, and it’s getting long in the tooth. But it’s the most capable and flexible option here, especially for those who are already in the Apple services universe — or refuse to leave their iTunes-based MP3 library. It’s also a nice fallback portable MP3 player option for kids if you don’t want to spend up for an iPad, which starts at $300 and isn’t pocketable.

The Mighty Vibe is the closest modern equivalent to the iPod Shuffle, the screenless iPod that was beloved by runners for weighing next to nothing and just spooling off songs from their favorite playlist. (It’s also a great gadget loophole for sleepaway camps with “no screen” rules.) The catch is that this model only works with Spotify Premium and (thanks to a recent firmware update) Amazon Music, both of which can be synced wirelessly.

The Vibe can store upwards of 1,000 songs in its music library, and — unlike the old Shuffle — it supports wireless and wired headphones. But it charges through the headphone jack via a proprietary cable, rather than more ubiquitous micro-USB or USB-C connectors. The 5-hour battery life is so-so, as is the $100 price tag (recently up from $90), which feels higher than what you want to pay for this MP3 device product in an era of $30 wireless headphones and http://www.slot-online-terpercaya.viamagus.com/ $200 smart phones.

Yes, the iPod Touch and the Mighty Vibe are really the only two products I can recommend in this category with any degree of enthusiasm. But they aren’t the only options. If you’re looking for a bargain basement option (under $50), a serious high-end alternative (starting at $200 and going to four figures) or some interesting workarounds, read on.

The iPod Nano portable music player was arguably the high point of the iPod line, and it was discontinued in 2017. But that hasn’t stopped a thriving market for knockoff players. I bought what was (in the past few months) the top-selling music player on Amazon to see if it came close to the real thing. Spoiler alert: It didn’t. But it’s dirt cheap and generally adequate if you’re looking for an MP3 format music player that lives outside your phone. Syncing from iTunes or the Apple Music app isn’t supported: You connect it to your computer and just drag and drop the music files.

The portable music player product I played around was the Mibao M500. No, I’ve never heard of Mibao either —  and what appears to be a nearly identical version of the player is sold under the Supereye brand, too.

But for around $30 (!), you’ll get 32GB of onboard storage (with a microSD expansion slot for more) and extras including wired headphones and an armband. It supports standard 3.5mm headphones and Bluetooth wireless, though the latter involves a finicky pairing process for music play. It has an onboard FM radio, too.

Alas, you get what you pay for: The company’s website isn’t in English, so good luck with any tech support. More importantly, though, the Mibao’s D-pad navigation and lack of external playlist support just had us longing for that classic iPod scroll wheel of yore. Yes, the Mibao is cheap and yes, it plays your music files — but that’s about it.

In the (distant) past, the tiny SanDisk Clip family of players were a serviceable option for basic music playback (with similar drag-and-drop limitations to the Mibao above). But some Amazon reviewers have criticized the later iteration of that model — the Clip Sport Plus — saying that its Bluetooth connection wasn’t up to snuff. If you want to go this route, you might want to stick with wired headphones.

Want to listen to music while you’re swimming? Sony offers waterproof headphones that double as an MP3 player with 16GB of storage. We haven’t reviewed these at CNET, and the Amazon reviews aren’t enthusiastic, but it’s such a unique waterproof MP3 player option, I wanted to include it here.

Music on your wrist

Once upon a time, people strapped iPod Nanos to their wrists and called it an Apple Watch of sorts. Nowadays the real Apple Watch can act as a sorta-kinda iPod, at least for Apple Music subscribers. Just sync some playlists to the Watch, and you can enjoy digital music (not to mention podcasts) on a set of wireless headphones, even if the iPhone is nowhere nearby.

If you’ve got an old phone — or you buy a new one without service — you’ll have access to the full realm of app-based music services, and any music files you care to upload. Something like the $130-ish Samsung Galaxy A10E (shown above) fits the bill nicely, since you can drop in a MicroSD card that you’ve preloaded with tunes. But again, the closer you get to the $180 mark, the more an iPod Touch beckons.

Audiophiles have long looked down on digital music because the sound quality was notably inferior for golden-eared listeners with distinguishing tastes. But the development of lossless file formats (such as FLAC) and cheap ample multigigabyte storage have made portable high-fidelity music a reality.

At this point, there are really only two major players in the high-end portable music space: Astell & Kern and Sony (where the Walkman brand still lives on). I’ve used earlier versions of each brand, but not the current models.

If you’re the sort of person who has hard drives full of uncompressed music audio files — and can hear the difference between that and comparatively low-resolution MP3 and AAC files — then, by all means, pair up one of those players with your wired headphone of choice.

Get CNET’s comprehensive coverage of home entertainment tech delivered to your inbox.

That said, I think the better option for budding audiophiles is a subscription to one of the several music services that offer higher bitrates on your existing devices. This premium approach began with Tidal, which offers content at 1,411 Kbps and up. Amazon has since joined the party with Amazon Music HD (bitrates up to 3,730 Kbps). And later in 2021, Spotify is planning a higher-quality offering called Spotify HiFi.

If you like what you hear, consider upgrading to a decent headphone DAC (that’s “digital to analog converter”) like the Audiofly Dragonfly and a serious wired headphone. Then you’ll have a solid audiophile option that’s good for the road, without the need for a standalone music player.

Your MP3 collection in the cloud

If you’ve got a digital music collection that includes one-offs and live tracks that aren’t available on the mainstream services, you can upload them to online services, where they can live alongside subscription tracks and be shared among multiple devices (including smart speakers).

YouTube Music, formerly known as Google Play Music, offers this service at no additional cost for up to 100,000 tracks.

Apple users can opt for iTunes Match, which lets you upload your own digital music to live in tandem with Apple Music tracks. It costs $24 a year, above and beyond the price of Apple Music.

If you opt for either of these options, make sure you keep a local backup of your files, just in case these services go away.

Note that Amazon shuttered its “MP3 locker” service in 2018.